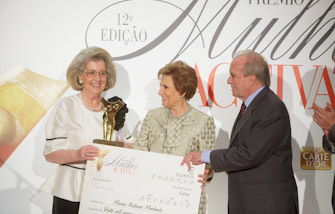 Ceremony in the Knowledge Pavilion

Award of 2016 LOréal Prizes for Women in Science

Mrs. Cavaco Silva attended, in the Knowledge Pavilion, Lisbon, the award ceremony of the 2016 L’Oréal Prizes for Women in Science.

Mrs. Cavaco Silva visited the “Lover’s Shawls” Exhibition, on show at the “A Arte da Terra” Gallery, in Lisbon.