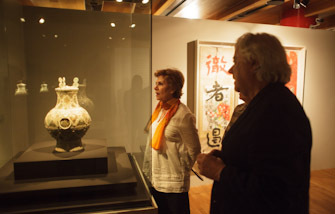 Award of the 2013 Smile Mission Prizes

National Commemorations of the International Day of People with Disability

Mrs. Cavaco Silva attended the opening of the National Commemorations of the International Day of People with Disability, which was held in the facilities of the Lisbon International Fair, Nation’s Park, Lisbon.

Mrs. Cavaco Silva attended, in Lisbon, the Opening Session of the European Volunteering Year 2011, comprising a Volunteering Fair, on view in Picoas Forum until 9 February.

Fair open to the Public in the Lisbon Conference Centre

Mrs. Cavaco Silva presided at the opening of the “Rastrillo” Solidarity Fair, promoted by the New Future Association, which provides aid to welcoming shelters for children and young people. The event is taking place in the Former Lisbon International Fair, in the Junqueira quarter.

The strength of Parents in discussion at the Gulbenkian Foundation

I Parents in Network International Conference

Mrs. Cavaco Silva presided, in the Calouste Gulbenkian Foundation, at the inaugural ceremony of the I Parents in Network International Conference, based on the theme “The strength of Parents”, during which she delivered an address.

Mrs. Cavaco Silva visited, in Alcabideche, the SOS Bicesse Children’s Village, a Social Solidarity Private Institution, on the occasion of its 43rd Anniversary.

Mrs. Cavaco Silva visited, in Coimbra, the “Integrar” Association, viewing the Centre for Occupational Activities of Quinta dos Olivais and Centre for Accommodation and Social Insertion.