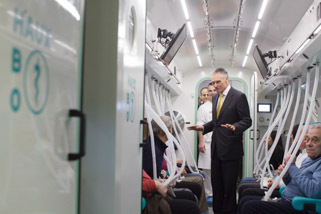 Having completed his schooling at the Luso-British School he entered the Royal Naval College on 10 December 1881.

A midshipman on 11 October 1883, he was promoted four years later to second-lieutenant. With this rank he embarked on the corvettes Bartolomeu Dias and Estefânia, the frigate D. Fernando, in the ship África and the gunboats Tâmega, Liberal and Zaire. On this last ship he sailed to Macao, Timor and Mozambique, and was named acting commandant on 1 April 1889.

In March 1890 he served as technical auxiliary of the Congo Limits Commission and was awarded the Order of the African Star and the medal of Our Lady of Conception of Vila Viçosa.

He was promoted to lieutenant in January 1891 and served in the School of Naval Students in Lisbon.

In 1892 he was appointed Governor of Mozambique on the indication of Admiral Ferreira do Amaral. Having contracted angina pectoris he had to return to Portugal.

In 1893 he took João Chagas, deported to Angola, on board the São Tomé.

He again assumed the governorship of Lourenço Marques, which he defended from attacks by African tribes in September 1894. For this he was decorated with the Collar of the Tower and Sword.

Appointed Governor of Moçâmedes till May 1896. In 1902 he went back to sea as captain of the gunboats Diu and Vouga.

On 16 June 1910 he was promoted to commander and served as member of the Technical Commission of the Navy Directorate-General, in which position he was when the Republic was implanted.

Amaro de Azevedo Gomes, Navy Minister, appointed him commandant of the School of Naval Students in Leixões on 7 November, which office he held in conjunction with that of head of the Maritime Division of the North. He was cited with merit on 20 January 1911 for his actions during the floods in the north which occurred at the end of the previous year.

Although always declaring himself a monarchist, in mid-1913 he was given command of the cruiser Adamastor which he collected from Macao. The trip was an epic one. Lisbon to Paris by rail. France to Russia across Germany on the Trans-Siberian Express, stopping at Petrograd and Moscow. He crossed China, on the last stage before reaching Macau. On his way there he met Sidónio Pais in Berlin. On his return he welcomed on board Bernardino Machado, Portuguese Ambassador to Brazil, in an official ceremony.

He was promoted to captain in July 1915 and immediately appointed commandant of the practical School of Naval Artillery installed on board the frigate D. Fernando.

Under Sidónio Pais he was appointed director of services at the Navy Staff under Admiral Álvaro Ferreira, who was then a naval major general.

Until the time of Sidónio Pais, we see that Canto e Castro’s activity was limited to performing duties related with his career as a Portuguese naval officer. The exception was when he was a Member of Parliament in the last Parliament of the monarchy but even then this was related to reorganization of the naval forces.

On 9 September, pressed by his colleagues, he agreed to take the position of Navy secretary of state.

Two days after the death of Sidónio Pais on 16 December 1918 he was elected President of the Republic.

João do Canto e Castro Silva Antunes was elected President of the Portuguese Republic at the Congress session of 16 December 1918 in accordance with the parliamentary principles established in the 1911 Constitution. Having been called to the first ballot, 134 congressmen appeared and the monarchist representatives left the room, so that only 125 votes were cast. As 131 were needed for quorum a new ballot was set in the presence of 138 voters. In the first the results were: Canto e Castro 121 votes, José Relvas 1, Basílio Teles 1, Garcia Rosado 1, and one blank vote. In the second Canto e Castro got 137 votes and there was only one blank vote.

Throughout his 294 days in office he swore in the governments of Tamagnini Barbosa, which lasted little more than one month, followed by José Relvas, from 27 January to 30 March 1919. Whilst marking the return of the “Old Republic” the government of Domingos Pereira only lasted from 30 March to 29 June. Lastly, the government of Colonel Sá Cardoso, following the 11 May elections in which the Democratic Party was the winner, was to have a somewhat longer life, that is, from the last days of June to 21 January 1920.

Canto e Castro did not have an easy task during his presidency. The political and social agitation inherited from the time of Sidónio Pais did not abate, rather the contrary. In January 1919 the monarchist forces under Paiva Couceiro proclaimed the return of the monarchy in Oporto and in Lisbon. The Monsanto Group was disbanded in a few days but the “Monarchy of the North” was only defeated a month later.

Following great agitation among the labouring classes Canto e Castro tried to resign by presenting a document at the Congress session of 3 June 1919. The speeches by António Maria da Silva, António José de Almeida, Costa Júnior, Jacinto Nunes and Domingos Leite Pereira convinced him to give up this idea.

Until the end of his mandate on 5 October 1919 mention should be made of there several events: a three-day visit starting on 7 June by Epitácio Pessoa, President of Brazil, the Treaty of Versailles on 28 June signed on behalf of the Portuguese by Afonso Costa, the creation of the General Confederation of Workers on 13 September and the emergence of the Liberal Republic Party, as the result of the merger between the Evolutionist and the Unionist parties.

Having been replaced in office he resumed his military career. He was promoted to admiral by Law nº 904 of 25 October 1919. He became Chancellor of the Order of the Tower and Sword and president of the Navy Higher Disciplinary Council. He retired by Decree of 30 September 1932.