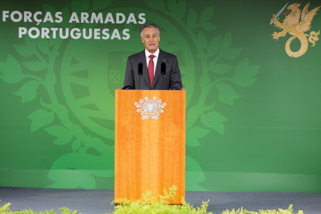 Message from President Cavaco Silva to the Portuguese

The President of the Republic addressed a message to the Portuguese.

Following is the text of the message from President Cavaco Silva:

“At the moment when I relinquish my duties as President of the Republic, I wish to leave a message to all Portuguese. Not a political message at this time, but, above all, a personal message,

Serving the Country as President of the Republic is an honour. The Portuguese twice conferred on me such an honour. During ten years I endeavoured to correspond to the trust placed upon me, acting with a sense of responsibility and independence, working with rigour, earnestness and determination in the defence of the supreme national interest.

It was a great privilege to directly contact with thousands of Portuguese and to travel the Country in the campaigns I carried out for social inclusion, science, historical and cultural heritage, youth, local innovatory communities, woodlands, fisheries and the dynamic economy.

I thus feel the duty to express my sincere gratitude to all Portuguese. To those who voted for me and to those that did not support me. To all, without exception, I am deeply grateful. Of you all I keep good reminiscences, to you all I owe a feeling of deep acknowledgement. It was a privilege to be able to render service to the Portuguese. At the head of the State, as I had done previously at the head of the Government, I tried to reciprocate to Portugal all that my Country gave me throughout a lifetime.

At this time, I equally wish the President-elect, Professor Marcelo Rebelo de Sousa, the best of success in the exercise of his mandate.